The Peters Township Public Library invites you to participate in the 1000 Books Before Kindergarten program in partnership with author/illustrator Jackie Urbanovic.

This free program encourages you to read 1,000 books with your child before he or she starts kindergarten. We will help you achieve your goal and celebrate you and your child every step of the way! The concept is simple, yet the rewards are priceless. Visit the 1000 Books Before Kindergarten web site for more information about the program.

Stop by the Youth Services Desk to register your little reader, pick up the first log sheet, and start reading!

This week the children in our Tiny Tunes Music and Toddler Tales programs had an impromptu parade in the lobby for our patrons and library staff to enjoy – such cute costumes!

The library has two more programs lined up this week to kick-off your Halloween celebrations:

A Teen Halloween Party will be held in the Teen Room on Thursday, October 27 from 6 to 8:30 p.m. for grades 6 and up. We’ll have games, contests, treats and more – make sure to wear a costume!

A Halloween Haunts Storytime for children of all ages with an adult will be offered on Thursday, October 27 from 6:30 to 7:15 pm in the Multi-purpose Room. Register at the Youth Services Desk if you plan to attend.

Peters Township hours for Trick or Treating will be on Monday, October 31 from 6 to 8:00 p.m. For a safe and happy Halloween, read these tips from the CDC.

Nearly 100 costumes were collected and swapped at this year’s Great Halloween Costume Swap last Saturday, October 8 at the library.

After collecting donated costumes for two days prior to the event, the Go Green Club volunteers organized the costumes by size on tables in the Multi-purpose Room. Families waited patiently for the swap to open at 9 a.m. and were given numbered tickets to enter the room. When a family’s number was called, they entered the swap and began their search for the perfect costumes.

The crowd of over 60 persons was a mix of first-timers and veterans who had participated in the swap for the three prior years. Both children and adults left the library that morning with gently-used costumes that were new to them. The GO Green Club hosts the event to encourage the community to swap their slightly used costumes to save resources, packaging, transportation costs, and money.

Costumes and accessories that remained after the swap were donated to the South Hills Interfaith Movement which provides food, clothing and services to people in need in Pittsburgh’s southern suburban neighborhoods. The Go Green Club plans to host the next Great Halloween Costume Swap in October 2017. For more information about the club, email ptplgogreenclub@gmail.com.

In partnership with the Pennsylvania Higher Education Assistance Agency (PHEAA), the Peters Township Public Library will offer a free FAFSA Completion Overview on Monday, November 7 from 6:30 to 8:00 p.m. at the library. This workshop, for college-bound seniors and their parents, offers help in completing the Free Application for Federal Student Aid (FAFSA®) by providing an overview of each step of the form.

Important changes have gone into effect beginning with the 2017–18 FAFSA®:

Registration is required for this program. Register online or call 724.941.9430 #1. A book signing and light refreshments will follow the program.

The White House had not yet announced steps toward normalization with Havana, when Todd Moss first conceived his new thriller about the U. S. and Cuba, “proving yet again that even the most intractable foreign policy logjams can break at any time… and what comes next is always unpredictable “says Moss. Drawing on a true historical episode and inspired by the author’s experiences working inside the United States Government, Ghosts of Havana is infused with timely relevance.

A few weeks before President Obama’s high-profile historic trip to Cuba, Todd Moss took his own fact-finding trip and wrote about it in this article for USA Today . Moss writes “There are constant reminders that Cuba is a totalitarian state, …[but] I left with the sense that Cuba was on the verge of major transformation.” That’s the Cuba we see in Ghosts of Havana, a country on the brink of change, but still holding onto the ghosts from its past. 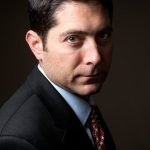 Todd Moss is COO and senior fellow at the Washington think tank Center for Global Development, and an adjunct professor at Georgetown University. In 2007-2008, he served as deputy assistant secretary of state in the Bureau of African Affairs, where he was responsible for diplomatic relations with sixteen West African countries. Previously, Moss worked at the World Bank and the Economist Intelligence Unit, and taught at the London School of Economics.

Library will hold its 4th annual Fall Animal Fair at the library on Saturday, September 24 from 11:00 a.m. to 2:00 p.m. All are welcome to this free, family-friendly event to visit with local organizations and businesses involved with pet care.  Angel Ridge and the Washington Area Humane Society will offer animals available for adoption at the fair. Keystone K9 Country Club will be offering a trick dog presentation at 12 noon in the Family Activity Center on the first floor.

Thirteen different organizations and businesses to date will participate in the fair including:

Attendees will have the opportunity to talk with all the participants, who will be distributing samples and coupons. Pet product donations are being accepted for the Washington Area Humane Society in the lobby through the day of the fair. Registration is not required to attend this event which is being offered for animal lovers of all ages. Please do not bring pets to the fair. Call the library at 724.941.9430 for more information.